Common Defects in Brick Masonry Due to Workmanship 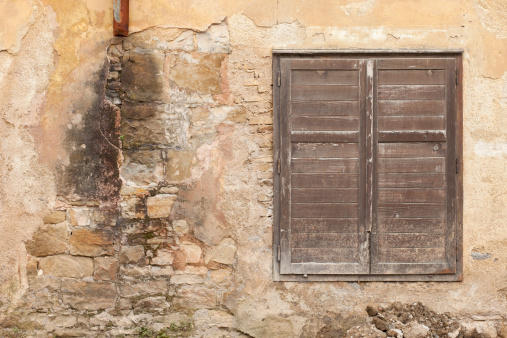 Masonry is one of the oldest skills on the planet and its work can be traced back as far as the pyramids.  Traditionally it was a family occupation and passed from generation to generation.  However, it is not a simple profession.  It takes years of education and experience to complete a job correctly.  Masonry is designed to last for decades.

Unfortunately not all masons are experts.  Early structural failures can usually be traced back to the degree of workmanship applied to the project.

Building a brick wall seems like a simple task but the layman may not recognize the nuances of proper construction.  The formula for the mortar requires exact ratios of sand, cement and water.  If the proportions are off, the mortar will not hold properly and generally the bricks will begin compressing and undermining the strength of the wall.  Bricks are porous.  Proper handling of the bricks includes soaking them in water for several hours and then allowing them to dry for at least another hour.  If they remain in the water too long, they will lose structure.  Just the right amount of moisture will help the bricks will allow them to absorb the right amount of water from the mortar so that both the brick and mortar are structurally sound for the finished product.

In addition to the ratios are knowing which elements to incorporate as a bonding agent for certain types of construction.  In laying the bricks, there is a correct depth for the mortar bed.  Too thick and the courses will shift as the wall cures.

Uniformity in laying the bricks both vertically and horizontally is critical.  All of the mortar must be of equal depth.  There needs to be enough mortar to allow the bricks to ensure proper absorption of the moisture between the brick and mortar but not so much that it affects the structural integrity.

All the bricks must be laid plumb and square.  If not, you will notice that the wall is wavy, uneven, or simply not straight.

Before a professional mason begins, he or she will inspect the materials.  Over or under-fired bricks will fail prematurely.  They will know the correct height to build the wall so that it will still be the appropriate distance from the ground after settling.  They will place a moisture barrier and weeper joints as necessary so that the bricks can breathe.

After completion, the area is covered with tarps or poly sheeting to aid in the curing process.  It may take a week or two for the mortar to completely cure and it is important to protect the wall or other structure from moisture, cold or heat.

Working on an exterior brick wall as a building’s facade, metal brick ties are strategically placed at certain intervals.  This connects the brick to the framed structure of the building.  In homes that are over a century old, it is common to find nails placed through an open mortar joints and into the wall in order to secure the brick to the framing.  It was common for that era but no longer.

Another error can be laying bricks in sub-zero temperatures.  It is possible to lay brick in extremely cold weather but only if the work area is properly tented and heaters are used to aid in the curing process.  Some builders will use anti-freeze to the mortar in winter.  However, that actually weakens the mortar and will often leave chalk-like marks on the brick exterior.

Another reason bricks may look chalky is from moisture trapped in the bricks from salt.  This is easily remedied with a cleaning with a soft, wire brush and mild detergent.

If you see a wall that looks like the bricks exploded, that is when moisture has entered the bricks and frozen.  This means a contractor will need to find the water’s entry point and waterproof with materials or using a metal flashing.  Then the bricks can be removed and replaced.  This often happens on parapet walls around flat roofs, chimneys, exterior walls, brick piers, columns and retaining walls.